This morning, one of our Rhode Island girls laid a soft-shelled or “squishy” egg. This is a fairly common occurrence, especially in newly laying pullets, or can sometimes indicate a calcium deficiency in a hen. So I thought I would take a minute and cover egg issues for those who have yet to have the joy of reaching into a nest box and shrieking like a teenaged girl when your fingers touch something, well, gross. 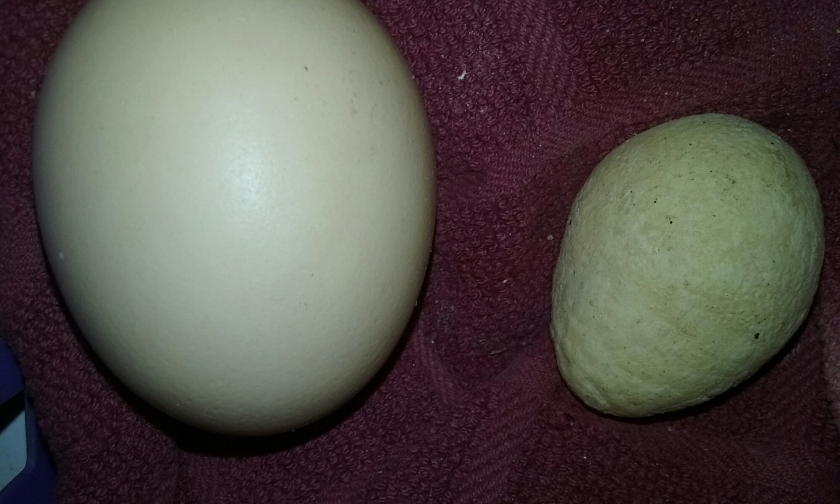 Squishy eggs: Often a new layer issue but can be indicative in an older hen of a calcium deficiency, or something lacking in the diet. Our particular completely squishy egg had no white, only yolk. No chance of hatch, and I’ve personally never attempted eating one for fear that bacteria could have made it through the membrane.

The next day a second, half squishy egg was laid by likely the same hen. The portion of the shell that was complete was so thin you can see in the photo where my finger went through it, simply by picking it up. This one was all white. No yolk. 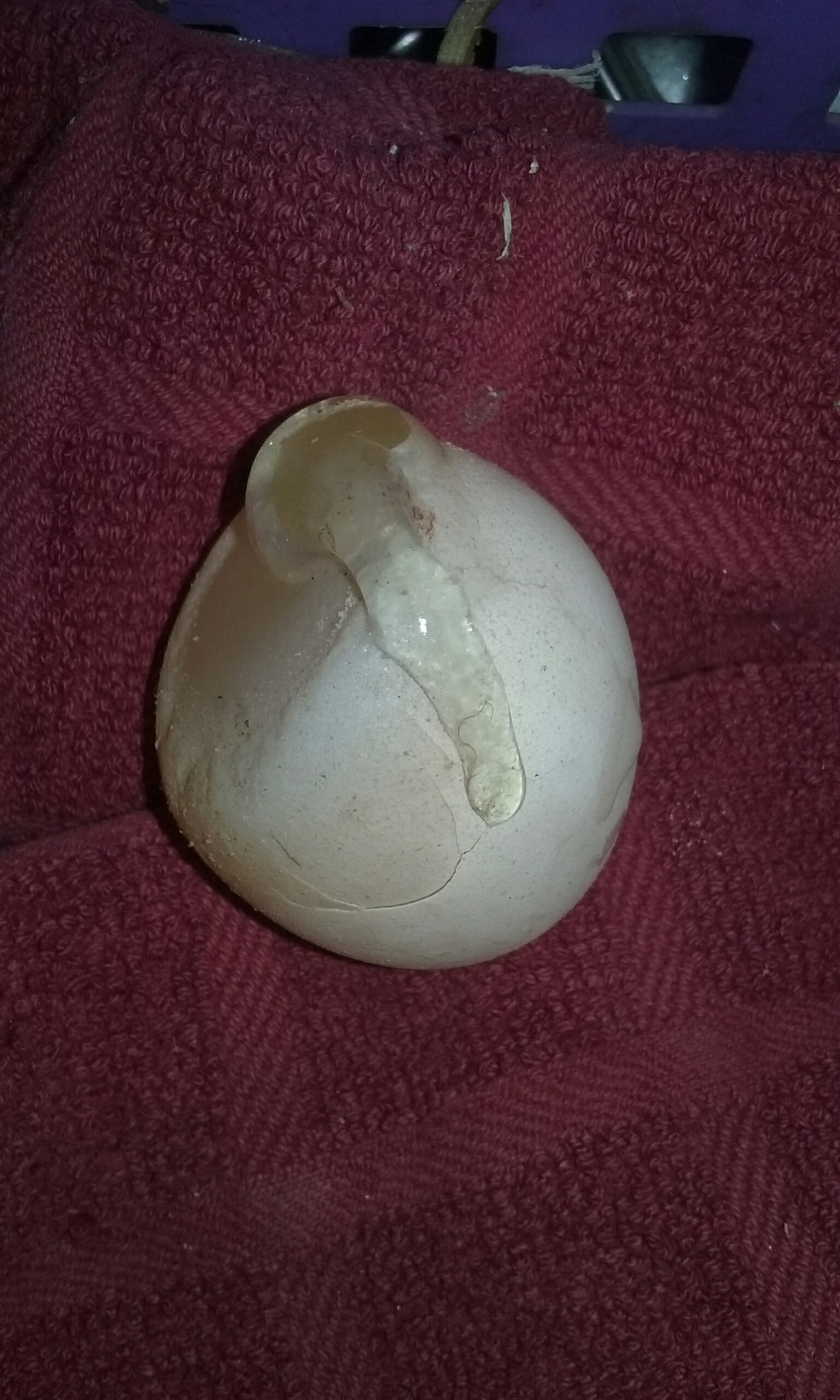 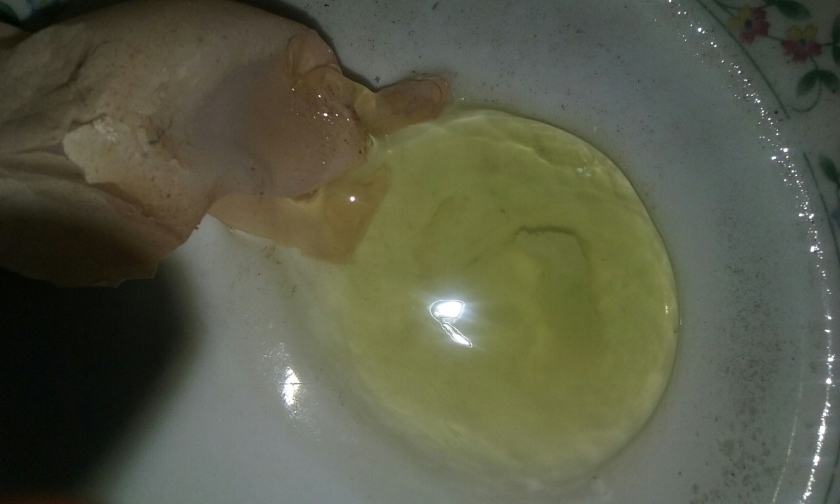 Wrinkled eggs : These can happen when a growing pullet is just starting to lay, or if there’s been some upset or interruption during the egg forming process…the egg can come out with little ridges, usually only at one end. Perfectly safe to eat, and we’ve had them hatch in the incubator as well.

Under / oversized eggs: Under sized eggs can be from the size of a marble on up…again, usuall newly laying chickens, or sometimes an aging hen. They can be perfectly normal inside, all yolk and no albumen (white), or the reverse, no yolk with all albumen…these are sometimes referred to as wind eggs, fairy eggs or fart eggs.  The over sized variety will often contain a double yolk, and very rarely, an egg inside another egg. You can safely consume all of the above, should you desire to. However, undersize eggs will almost never hatch, because they only contain albumen or yolk, rarely if ever both.  Hatching double yolkers “twins” can be done, but is very rarely successful.

Wind eggs: see above…an egg with no yolk. Never tried eating one, but they definitely will not hatch.

Blood Spots: Little blood spot in your breakfast egg? No worries. Lots of people think this is the indicator of a fertilized egg. It’s not. It’s the result of a tiny rupture in a blood vessel in the oviduct of the hen during the formation of the egg. Scrape it off gently with a knife if it grosses you out, carry on with breakfast as usual.

Lash Eggs: Ok, these are just gross and usually very bad news. Not for anyone with a weak stomach, you can read a fantastic article on them Here: Lash Eggs explained. If you find an egg shaped mass with layers of icky, squishy content, this is probably your suspect. Generally caused by a disease called salpingitis. Prognosis for a hen with this condition is poor at best.

Ashy Eggs: These are eggs that are laid with a chalky or ashy appearance, like a film of sorts over the usual color of the egg. Not a big deal and I’ve both eaten and hatched them.

There are all sorts of abnormalities that can occur during the formation of an egg during its travels through the oviduct of a hen. Most of them shouldn’t alarm you, but lash eggs or a hen that continually produces abnormal eggs should be cause for immediate quarantine or culling, and a vet consulted if the hen is a pet.